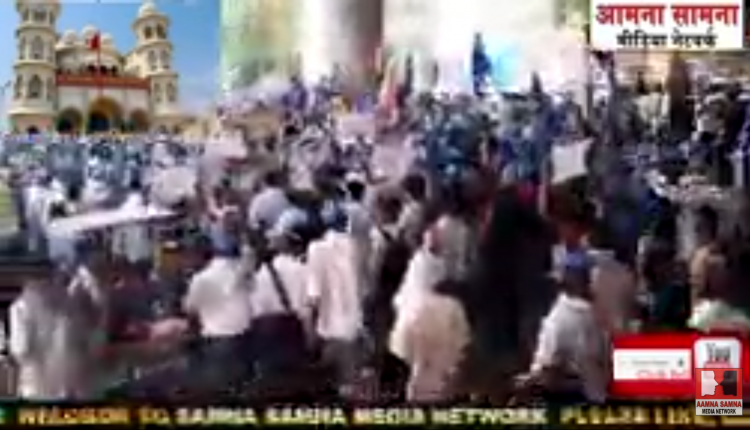 We The Good Indians!

Ravidas Mandir, a 500 year old Dalit temple in Delhi was demolished against the will of its people. We “the good Indians” hardly took any notice of it? Our “national media” willingly blacked out it and all follow up agitations by Dalit groups, including a major one in Delhi’s historic Ramlila ground!

Sardars are offering humanitarian support to Kashmiri students and poor workers in rest of India, thanks they are not “so choosy” in their humanism. Many of us ‘good Indians’ fail to exercise our freedom of expression at this “normal” time, some even fear to type or speak the word ‘Kashmir’?

NDTV owner Prannoy Roy and his wife are now booked by CBI, obviously, there ‘could be reasons’ for this, after all “nobody is above the law.”

Those who claim to be the “mainstream national media in India” are beaten black and blue today (24 Aug.) in Srinagar and stopped at airport.
May be this is to show the world that everything, including “economic growth” of the Nation and mid-day meals in UP are “just normal”.

So let’s enjoy the super achche din and think about ourselves only!