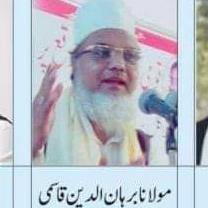 Nagorno Karabakh is not disputed area; instead historically, legally and as per #UNO resolutions and recognition by all world powers including #Russia and #France, it has been and it belongs to #Azarbaijan only.
#Armenia has illegally occupied it by supporting local terror groups and by directly intruding into another sovereign country’s land.

Thus, every rational and peace loving country of the world should take right side and be just during the war. Humanity is bleeding, it must soon ceased but illegal occupation also must end, once for all.

#Azarbaijan is protecting it’s land which it has been waiting for last 30 years to be resolved peacefully by the #UN. #Armenia made fresh aggression this time again, must vacate the occupied #NagornoKarabakh to bring desired peace in the region.