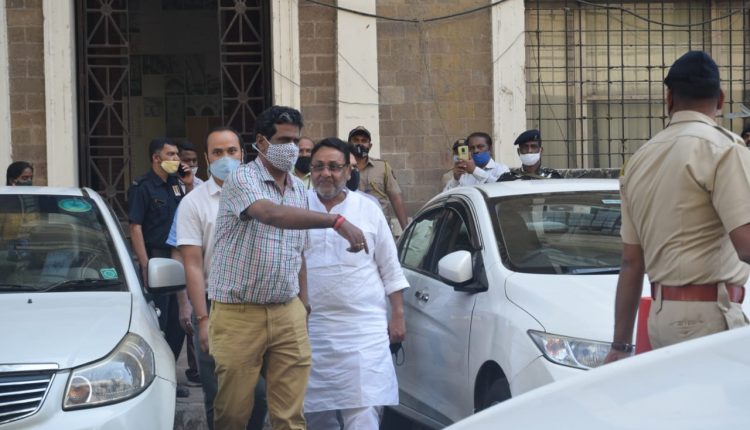 AAMNA SAMNA MEDIA: Nationalist Congress Party (NCP) leader Nawab Malik was arrested by Enforcement Directorate (ED) on Wednesday in connection with an alleged money laundering case linked to the activities of the underworld.

Reacting to his arrest, Maharashtra minister Nawab Malik said, “Will win, won’t bow down”. He said this while coming out of the ED office in Mumbai.

The NCP leader was taken to Enforcement Directorate office in Mumbai today morning for questioning in a money-laundering probe.

The central probe agency summoned Malik to its office to record his statement under the Prevention of Money Laundering Act (PMLA).

Malik was arrested days after the central probe agency registered a new case and conducted raids in Mumbai in connection with the operations of the underworld.

Maharashtra Congress and NCP leaders claimed that state minister Malik’s arrest by the ED was an act of “revenge”.