Mushawarat’s President Navaid Hamid condemns the Draft list of Assam NRC and termed it as a fraudulent exercise to make Indian citizens as refugees to polarize country on communal lines. 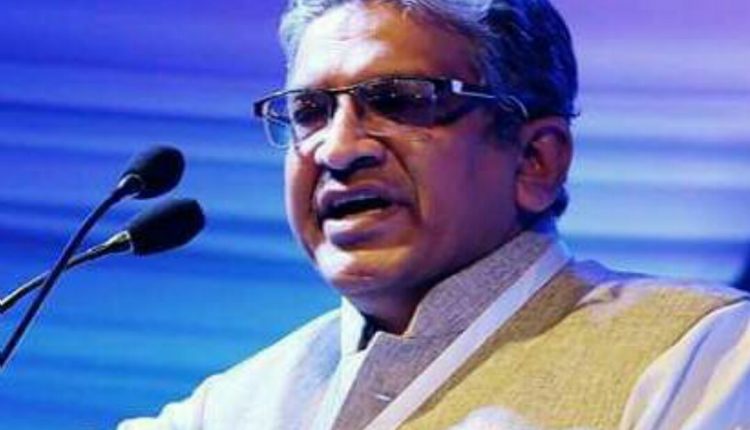 New Delhi: 30 July, 2018: AAMNA SAMNA MEDIA, Mr. Navaid Hamid, President of All India Muslim Majlise e Mushawarat (Confederation of major Muslim Organisations and Apex Body of Indian Muslims) has expressed his dismay and shock over the mischievous attempt to exclude around 40.07 lac Indian citizens from Assam’s National Register of Citizens. It may be pointed that in the initial stage, NRC was seen as the only solution agency to solve the tricky issue of genuine citizens in Assam in light of the mischievous false propaganda of the rightwing forces and nearly all had welcomed the institution per se.

Mr. Navaid Hamid has termed the whole exercise full of faults and fictitious as genuine and valid documents such as Passport and Aadhar Cards are also ignored as proof of citizenship. Mr. Navaid Hamid added that if it is not a tragedy than what that families of freedom fighters; descendants of those great souls who had worked hard to confront the accession of areas of Assam state to then East Pakistan; families of former Deputy Speaker of Assam State Assembly; family of former Director General of Police and families of those government servants who had worked for the state government for more than three decades and are getting pensions after retirement are among other such familiar cases who find their name excluded in the proposed NRC list.

Unfortunately the only guiding criteria of the officers of NRC officials, it seem, was politics of bigotry and hate to exclude as much as Bengali speaking citizens (overwhelming majority with Muslim names) and a good number of citizens with roots of ancestry in Bihar AND the whole exercise is being done not only to create an environment of hate and polarize nation on communal lines but also to create a fear psyche amongst the citizens across nation invoking false bogey of infiltration by Bengali speaking population.

Mr. Navaid Hamid has also cautioned that the day of the Publication of this fictitious NRC list would be remembered as the “Black DAY” because of the frictions and unrest it would create in the society and for the attempts to made the genuine citizens as refugees in the country of their birth.

Mr. Navaid Hamid has also mocked the fictitious assurance of the Joint Secretary of Union Ministry of Home Affairs that “No body would be sent to the Concentration Camps” if names are not in the proposed NRC list as the assurance has no human genesis but is again based on not only the biased and hate mentality of the union government but also the open fact that it would not be a practical option for the government to create such large concentration camp/s for such huge strength in the list as it would be a huge burden on the government exchequer in maintaining law and order in such camps beside looking after the well being and providing food to the inmates of such Concentration Camp AS Government of India fully knows that, as per international laws, the moment any government create any concentration camp, the whole well being of the inmates in such camp/s automatically rest on the shoulder of that government. Therefore the assurance of the MHA is nothing but a farce which has genesis again on prejudice and technicalities.

Mr. Navaid Hamid has also appealed to all peace loving citizens to urgently understand the politics of exclusion and hate of the present day government and the dangers behind the politics of NRC list and has cautioned that unfortunately the only victim of this politics would be peace and tranquility in the coming days.