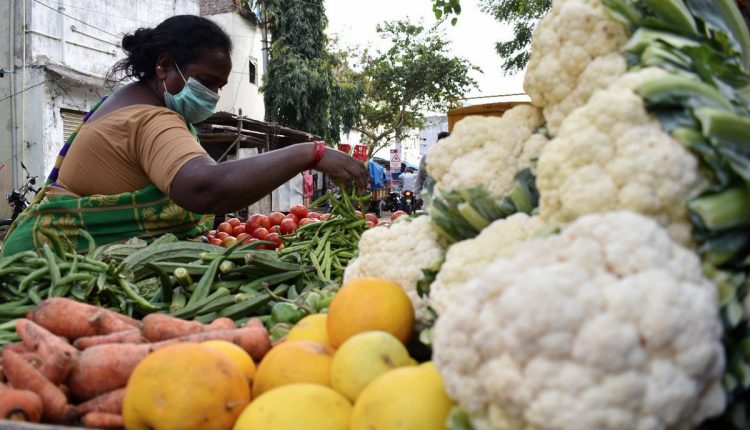 *Help these women to become entrepreneurs …

*Despite Corona’s fears, they have taken steps to support their families.*

Tardeo, Cotton Green, Antop Hill, Kurla, Ghatkopar, Malad and many other residential areas and societies in Mumbai have large numbers of women on the sidewalks or stalls selling vegetables, kitchen utensils, food items, fish etc.
Doing business on the side of the road or on the sidewalk is not a new affair, rather many women have made good progress by doing such small businesses and have turned into regular entrepreneurs, thereby increasing their family’s standard of living. But in Mumbai this is the second time that such a large number of women have gone out and started small businesses.

The first time when women in Mumbai’s Dadar, Parel, Worli, Mazgaon, Kala Chowki and Sewri and surrounding areas started small businesses in the local market, selling everything from pickles, spices, papads, women’s products, garments, sheets, pillow covers, handkerchiefs, melamine and glassware was in 1983. Most of these new business women were women whose husbands had lost their jobs due to the infamous textile mill strike in May 1982, two and a half lakh employees of 65 major textile mills in Mumbai, led by the famous trade union leader Datta Samant, went on an indefinite strike demanding pay hikes and other demands that changed into days, months and years. The strike turned out to be disastrous because the mill owners regarded it as an attack on their dignity and the then state government also failed to mediate and these workers had no one to turn to. The strike never ended and the world-famous Mumbai Textile Mills became part of history, with the magnificent skyscrapers of Parel, Worli and Sewri now standing in their place.

The arrival of Corona virus in India on March 2020, the nationwide curfew on March 22 and the announcement of lockdown from March 24 and its subsequent extension has affected not only the poor but also the middle class. The middle class know the art of survival, but what can the poor do if their only source of livelihood suddenly shuts down due to the lockdown?
As a result, thousands of women have started small businesses in the second week of March to meet their long-term needs, daily expenses, and now electricity bills, school fees, uniforms and other necessities of life.

We need to understand that when it was not possible for us to reach De Mart, Reliance Fresh or any major supermarket, fish market, vegetables market, these brave women, despite the fear of corona, donned masks on their faces and made available to us all our daily necessities on the sidewalks of our areas.
After two months, when the virus is weakened or the vaccine is invented and normalcy prevails, please don’t ignore these new business women. Keep buying from them, help them to stand on their own two feet and empower them. Make their lives easier because our fight against the corona virus is temporary but these women are fighting a long battle against the virus of poverty and only you can bring them victory……..!!!