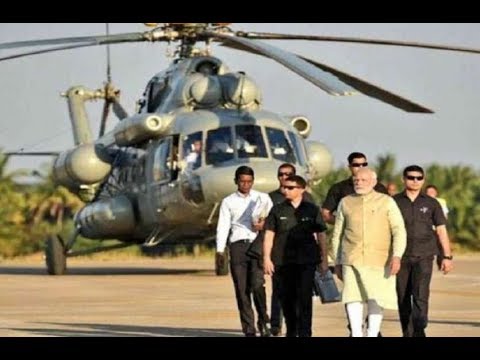 Over 140 chartered flights landed at Kolkata Airport in the month of March – over 90% of the flights were hired by the Bharatiya Janata Party (BJP) for campaiging in the West Bengal Assembly Elections.

The cost of each chartered flight for a round trip (Delhi-Kolkata-Delhi) is reportedly Rs 10 lakh plus18% tax; in case of helicopters the amount is Rs 1 lakh per hour with the same taxation rate. Not a single chartered flight was checked by the Election Commission of India (ECI) for illegal cash transfers, sources alleged.

“The transformation from a democracy to corporatism has been under the watchful eye of the Election Commission,” a political analyst, who wished to remain anonymous, said sarcastically.

Television news channels have also been beaming the Prime Minister and Home Minister’s speeches live while polling is on. However, the ECI has not objected to such programmes being beamed live throughout the state on election days, a gross violation of its own earlier rulings.

Another bone of contention has been the lacklustre attitude of expenditure observers with a former opposition MLA alleging that the Bharatiya Janata Party (BJP) has pumped in over Rs 1,000 crore in the polls for campaign materials. It would be a gross violation of the mandatory electoral spending limit of Rs 7 lakh per Assembly segment by a candidate.

Samik Lahiri, Communist Party of India (Marxist) state secretariat member alleged that “about Rs 60 lakh has been transferred to BJP candidates – between Rs 35 and 37 lakh in different accounts of the candidates or their nearest people and the rest in cash to them.” He claimed that a jeep or four-wheeler had been provided in every mondal with a motorbike being given to the mandal sabhapati or mandal pramukh. Every booth commiteee president has received a new smartphone as well, he further alleged.

During the first two phases, the ECI had reportedly told Central forces not to check ID cards of voters, emphasising that this was the job of election officials, following a plea by the TMC.

In the case of the Sitalkuchi firing incident, the remarks made by BJP leaders were left unpunished by ECI. Incidentally, only after the Chief Election Commissioner’s term ended and a new one came that cognisance was taken.

Formed on January 25, 1950, the ECI is a quasi-judicial body which functions independently with election commissioners enjoying powers akin to that of Supreme Court justices. However, its recent lacklustre attitude in West Bengal has resulted in serious questions about its independent fuctioning .

When this correspondent went to cast his vote, the voter ID was not checked; only a booth slip by a particular political party was enough to cast a vote unlike earlier when presiding officers and polling officers would check it themselves and only then allow a voter to proceed to the voting cubicle.

The rules seem to be different for different people. In Siliguri and Krishnanagar, while other political parties have voluntarily refrained from campaigning given the COVID-19 situation, the PM and HM carried on regardless, despite complaints to ECI.

It took a dharna outside the CEO’s office earlier this week for the removal of the IC of Bhangar police station who had allegedly been flouting election rules over the last one month .

Even the timings between which campaigning will be suspended is in “accordance with the PM’s and HM’s campaign schedule in the state,” CPI(M) politbureau member Mohd Salim alleged recently in Kolkata .

Speaking to Newsclick, Rabin Deb from the Left Front and Sanjukta Morcha, said: “Most of our complaints are not being redressed as an inept administration is pondering whether to take action or not.”

The ECI’s refusal to club together the rest of the phases has also added to people’s woes given the COVID-19 pandemic. The next three phases will see many areas which have seen trouble in the past going to vote, and any laxity may give rise to untoward incidents on an increased rate, say political analysts.

The ECI needs to re-establish its trust in the remaining three phases of polling in the state, which is the need of the hour in West Bengal.