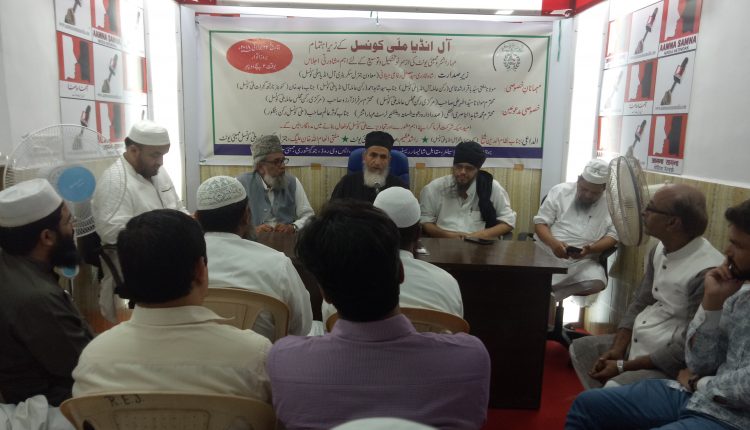 Mumbai, Aamna Samna Media
In an important meeting of All India Milli Council in Mumbai, in Jogeshwari at Mumbai Media Centre Office on 22 July 2018, the organisation took some important decisions.

At Mufti Syed Bakar, Moulana Syed Atahar Ali explained the objectives of the organisation and the intention of the central working committee to strengthen the state units.

Subsequently, Moulana Syed Atahar Ali was elected as the President of Maharashtra unit, MoulanaShahid Nasiri AlHanafi as Vice President and Shaikh Nizamuddin as General Secretary. The new state body will start functioning to further strengthen the organisation in Maharashtra.

The Mumbai unit’s all district units stand dissolved. Mumbai units President Rashid Azim was instructed to restructure the entire Mumbai unit and confirm the same to the state president and to the Head Office in Delhi.

The members were asked to work hard to achieve the Milli Concil’s objective through cooperation and coordination with other like minded NGOs.

As a priority, it was suggested that the task to update and registration of voter list to be taken urgently with cooperation from different organisations.

Through this communique it is made clear that, henceforth, the newly elected office bearers will only represent All India MilliCouncil in Mumbai and the entire state.