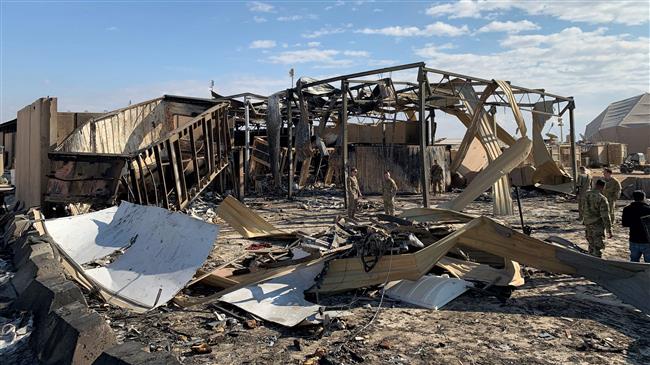 An Iraqi security source says American military forces have started the first phase of constructing an airport near Ain al-Asad air base, which houses US and other foreign troops in Iraq’s western province of Anbar.

“American forces have embarked on the first stage of establishing an airport near Ain Al-Assad air base and in the Hit district of the province following the arrival of professional experts on the matter,” the source, speaking on condition of anonymity, told Arabic-language al-Maalomah news agency on Wednesday.

The source added, “The first stage included locating the airport, breaking ground, spreading layers of gravel, surrounding the place with a security fence, installing closed-circuit television cameras and tightening security measures inside and around the site as US military aircraft flew overhead.”

He pointed out that American forces have recently intensified their air patrols to include all cities and regions in Anbar province.

On Monday, an unnamed Iraqi security source said an unspecified number of soldiers from the US-led military coalition, which is purportedly fighting the DaeshTakfiri terrorist group, had arrived at Ain al-Asad air base.