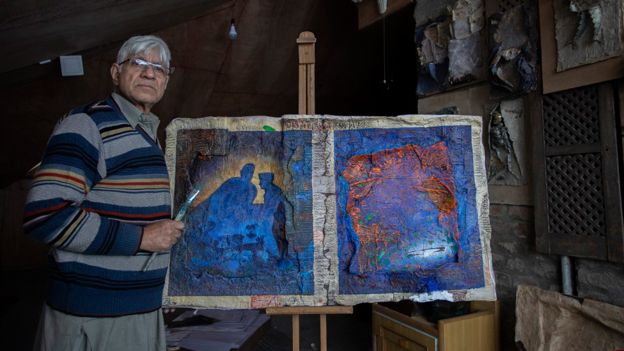 A long shutdown in Indian-administered Kashmir has disrupted millions of people’s lives. The BBC’s Chinki Sinha speaks to artists about how their work has been affected.

“I will send you a photo of the key hanger I made when I go back,” he said.

Malik Sajad, 33, a graphic novelist, was in the capital Delhi to use the internet in November, like many others from his home of Indian-administered Kashmir. But he never did send me the picture.

The region was under a partial internet ban for months, after having been subjected to the longest shutdown of any democracy.

Authorities had imposed a clampdown on Kashmir on 5 August 2019, after they revoked the Muslim-majority region’s semi-autonomous status and split it into two federally-administered territories.