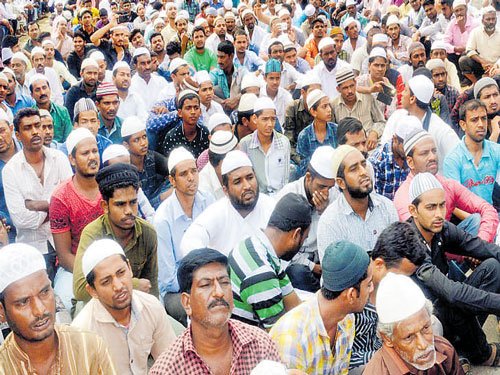 “Influx has been mainly from Bengal (to Assam). After 1947, many Hindus gradually shifted to Assam from West Bengal within India and many Muslims infiltrated from East Bengal which was Pakistan till 1971 and is Bangla Desh thereafter.” – stated by one Ahmad Rashid Shervani from Lucknow in one of online discussion groups, following the release of final NRC list in Assam on 31st August 2019.

The quoted statement above has no historic substantiation at all. This wrong narrative is what Hindu extremist and so-called indigenous Assamese have been propagating since early seventies. Muslim “intellectuals” need to cross-check facts before putting a serious statement in public.

The fact is exactly the opposite of what stated above. Many Bengali Hindus gradually shifted to Assam from East Bengal (present Bangladesh) following the partition in 1947 and in the post 1971 (following the creation of Bangladesh), not Bengali Muslims except may be some stray cases. A vast chunk of Muslims migrated from Assam to East Pakistan—East Bengal—Bangladesh. On the other hand, erstwhile Goalpara district, a princely state of Kuch Rajbongsh later a province of Greater British Bengal (West Bengal) which presently constitutes five major districts of lower Assam, thickly populated by indigenous Bengali Muslims, was bifurcated from British Bengal province and annexed to Assam, that too in 1874, much before the independent and the partition. In this lower part of Assam majority of Bengali Muslims have been living from Mughal and Nawabs era, they are not at all immigrants or infiltrators from anywhere. They are as much indigenous as the Ahoms are in present Assam. However, the problem of Assamese (linguistic ones) has been the existence of this lot of people because of their being peasants with greater rate of population growth. They also keep shifting houses from place to place due to river erosion or in search of better livelihood which looks new settlements to many.

On the other side of present Assam falls Barak Valley region, consisting three major districts, which was part of erstwhile East Bengal, that was also thickly populated by indigenous Bengali Muslims even before the Ahoms existed in the land of Assam. Ahoms first arrived to the land in 1228 only from present Thailand. Muslims in the Sylhet Kingdom, part of which presently falls in India (Karimganj, Hailakandi and part of Chachar district) are recorded from as back as in 9th century itself. By the end of 13th century that part of Bengal become a Muslim majority region due to spiritual preaching of Shah Jalal Mujarrad-e Yamani (25 May 1271 CE – 15 March 1346 CE). In 1303, the Sultan of Bengal Shamsuddin Firoz Shah conquered Sylhet by defeating the local Hindu Raja Dahir.

Present district of Karimganj in Assam, erstwhile part of Sylhet, where I belong to, and neighboring Hailakandi were mainly inhabited by Muslims before partition. Almost half of them shifted to East Pakistan being Muslim Leagueis during partition. Thereafter, another big group shifted to Bangladesh following 1971. My own uncles (4 out of 7 brothers) have left India in post 1971, owing to disturbance in Karimganj township, leaving behind their houses and property which were later taken over by Hindu immigrants from Bangladesh in exchange of their property in Bangladesh. Till date major part of land in the main market area of Karimganj including Santtar Bazar – Lamar Bazar etc. are owned by Muslims but without right claimers thus either marwadis or “refugees” from Bangladesh are mainly doing business.

In short Bengali Muslims extensively migrated from Assam’s Barak Valley region to Pakistan in 1947 and to Bangladesh post 1971. The same is perhaps reflected in the recent NRC final list. In Karimganj and Hailakandi, reportedly, 75 percent of those excluded from the NRC are Bengali Hindus, many of whom might have failed to produce the pre-1971 valid documents.

Notably Assam was a strong hold of Muslim League. Sir Syed Muhammad Saadulla, (21 May 1885 – 8 January 1955) was the first and only Prime Minister of Assam in British India, before independent. He was a Muslim Leaguei, however, he changed his stand during partition and chose to stay in India. The Assam Legislative Assembly elected Saadulla to the Constituent Assembly of India in 1947 and the later elected him to the drafting committee. Thus he helped in the preparation of the Constitution of the Republic of India. He was the only member from the North East India to be elected to the Drafting Committee. He was also the chairman of Gauhati Municipality in 1919 and Minister-in-Charge of Education and Agriculture for Assam from 1924 to 1934.

Similarly Maulana Abdul Hamid Bashani or Red Maulana (12 December 1880 – 17 November 1976) was a stalwart freedom fighter. An alumnus of Deoband, and participant of the Khilafat Movement protesting the dissolution of the Ottoman Empire. He led the Muslims of Assam in a successful campaign during the 1947 Sylhet Referendum, through which Sylhet chose to become part of the Pakistan national project. He was the founder and President of the Pakistan Awami Muslim League which later became Awami League (AL) in Bangladesh. Inspired by Maulana Mohammed Ali Jauhar, he joined the Indian National Congress in 1919. He joined the Muslim League in 1930. He was elected an MLA in Assam Legislative Assembly from Dhubri (South) constituency in 1937 and served till 1946. In April 1944 he was elected the president of Muslim League at its Barpeta (a district of present Assam) session where after he devoted himself to Pakistan movement and later migrated to East Pakistan following partition in 1947 along with a huge number of his supporters from Bengali Muslim from areas which are known today as lower Assam. The ones who chose to stay behind in India in both Barak Valley and lower Assam regions of present Assam were anti Muslim League people – Jamiat Ulama-e Hind – Indian National Congress supporters, who were opposing two nation theory.

I wish to reiterate in clear terms, Bengali Muslims did not come to present Assam nor they ever infiltrated into Assam from anywhere. They rather left Assam in vast number both during partition in 1947 and in post 1971 era. This is a false plot first created by the Assamese linguistic zealots in late sixties which led to Nelie massacre in 1983 in Assam and later since last one and half decade the same issue has been taken by Hindu extremists as ready to use political agenda across India. They argue in the same way as in the above statement. We Assamese (geographical ones) cannot simply accept a statement such as quoted above. It is a fallacy without basis.