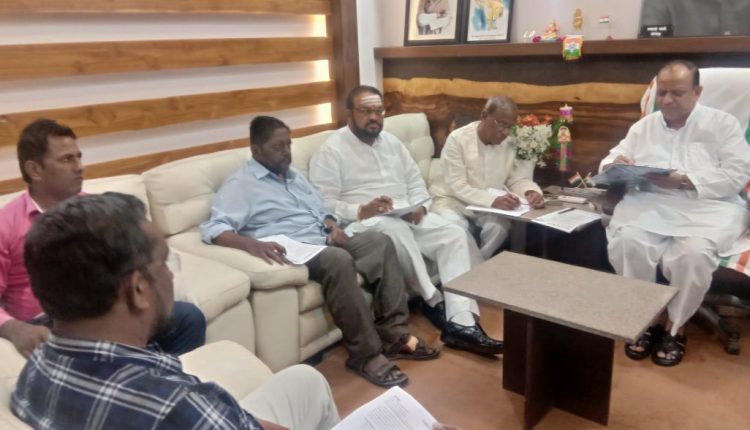 Report By : Imran Inamdar
Solapur (Maharashtra)
A noted young social worker, Head Master  of a primary and a Urdu poet Asif Iqbal Ab. Sattar Shaikh demanded Indian National Congress party ticket from Solapur central Assembly Seat.
On Monday afternoon Asif appeared for formal interview at Congress bhavan.
While speaking with media Asif Iqbal said that interview was quite satisfactory, I tried my best to convince interview panel that, there is a huge muslim percentage of voting in this assembly constituency. He said, not only only Muslims but i am capable to get other communities’ votes also.
36 years old Asif Iqbal Is considered as a hard working activist among social and educational circles.
Sitting MLA Praniti Shinde, Ishtiyaq Jahagirdar and Dattatratya Lokre also demanded the ticket from the same seat.

Clip of the Anti Talaq Bill passed by Lok Sabha for the Second Time !By M. Burhanuddin Qasmi