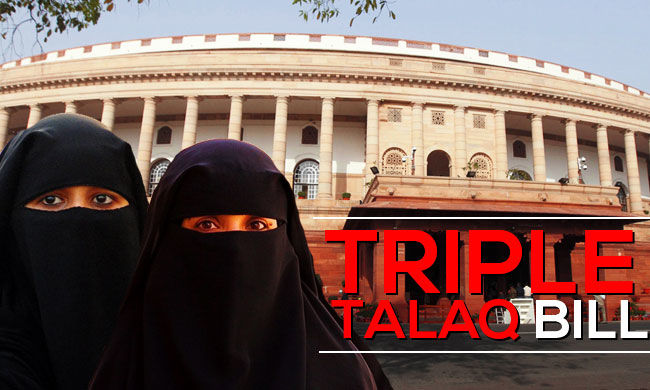 Today (30 July 2019) the Anti-Talaq Bill is passed in the upper house (Rajya Sabha) of Indian Parliament in it’s second attempt. The same was already passed in the lower house (Lok Sabha) on 25th July 2019 for the second time.

A new Act is about to be enacted. The President of India will sign it without question. Muslims who are in minority in India are angry. BJP-led NDA Government seems to be in celebration mood. Prime Minister Modi’s tweet today, following Rajya Sabha nod on the so-called Muslim Women (Protection of Rights on Marriage) Bill (2019), can be looked at for reference.

I have expressed on this issue extensively during the last five years. I am not at all surprised now nor I had any doubt that this time the Govt. will not be able to pass this Bill in both the houses of Parliament. The BJP has enough number now with both muscle and money power, it can favorably play with.

Earlier in 2018 this Govt. tried hard to pass the Talaq Bill in the run to election but had a face off in the Rajya Sabha when opposition parties rejected it. It was obvious this time that the Govt. had already worked out about numbers before it put the Bill in Lok Sabha. It got the Bill passed by 99 votes in favour against 84. TRS, JDU, TDP and BSP remained abstain during the voting just to favour the Govt. in Rajya Sabha where it is still in minority. If those 4 parties were part of voting, it could have been 102 against the motion versus 99 for it, even today. The BJP again proved its better floor managing skill.

The way out for All India Muslim Personal Law Board (AIMPLB) and Jamiat Ulama-e Hind, the two apex Muslim bodies in India, is to look into the Bill in the constitutional perspective and discuss with legal experts, if they can challenge the Bill or the Act in the Supreme Court of India, if yes, when?

To me this would be an Act purely against Islam, thus against fundamental rights of citizens of India. When Triple Talaq is void and non-act according to the apex court’s verdict earlier and this same Bill, then how does a non-act become a crime?
This Bill is just to humiliate Muslims and showcase them in poor lights.

Those making hue and cry in the “evil boxes” of news channels and social media, know it well that they did enacted a Bill today against Muslims in guise of Talaq. Talaq has been simply a ‘bahana’ actually Islam has been the ‘nishana’ and the present Govt. did it by legislation.

The 6th December 1992 was a black day in modern Indian history when a standing symbol of Islam – a masjid was downed to dust by extremist mob in broad day light baring the Central government’s assurance in the apex court about its protection. The police and the paramilitary forces assigned to protect the Babri Masjid structure were mere spectators. That was the first black day in the post-independent Indian history.

Today this 30 July 2019, after 27 years, is one more black day in modern Indian history when Muslims are humiliated by challenging and even mocking Islamic Personal Laws and the core of Islamic Shariah by legislating a piece of law which is directly in contrast with Qur’an and Sunnah. Today is the second black day in the post-independent Indian history.

Make no mistake, Muslims may not come on streets this time as they did earlier with 2.5 crore women on streets in almost all major cities of India in 2018 and submitted 5 crore signatures against this Bill but of no vail. However, be assured, all practicing Muslims including all major denominations of Islam were, are and will be against this Act or any Act directly contradicting the core teachings of Islam. Muslim Indians will remain practicing Islam till the last day and India will remain their loved country till their last breathe.