Cornered Saudi Arabia and the Implications 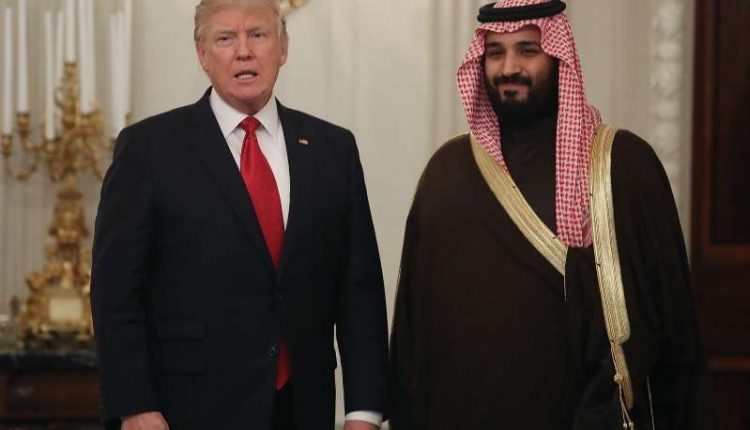 What political turmoil the world will see out of the recent Saudi US spat over the alleged murder of Jamal Khashogi in Saudi Consulate in Turkey. Its not confined between the two close friends but there are increasing voices and condemnations from all over.

It looks like the Kingdom now is cornered and need more than the goodwill of the trusted friend or defender to come out of this mess.

Prior to this incident, there are few indicative incidents which cannot be treated in isolation. The increasing distance between two Muslim states, Turkey and Saudi Arabia. Trumps uncalled utterances over the Saudi’s dependence and its survival on US support. A closing space between Saudi Arabia and Israel etc.

Rather than analyzing the incident in isolation, there is a need to see it through its historic record and the changing US West Asia policy.

Saudi Arabia remained always a complementing state in support of Israeli cause in a very deceptive fashion. But lately the design got exposed and more recently, the policy adopted by Saudi Crown Prince Mohammed Bin Salman (MBS) in fact brought the Jewish state and the Kingdom closer, which surprised many and shook the Palestinian cause to the core.

If at all, the issue of Kashogi murder is pursued properly and sincerely, the Kingdom will be isolated and will be forced to go in isolation or be punished.

Here the dilemma is for all those 50 odd Muslim nations divided between Arab League and Organisation of Islamic Countries (OIC). The Kingdom still has clout over Arab League but some of the states amongst and particularly Iran in OIC, it will be hard to keep this motley crowd of Islamic states united over this issue.

The Iran issue with US in particular is warming up with impending sanctions from the US in November. That will certainly squeeze the oil flow in the global market.

Any stringent action by the US and world community over Khashogi issue will further impact over the output of oil pumping by the Saudis. They have already indicated to scale down the pumping to jack up the price above 150 or even 200 dollars per barrel.

This will certainly create a massive turmoil and will be more detrimental for the emerging countries – needless to talk about third world countries.

US is now self sufficient with its energy requirement added to that is massive reserved stock to face any uncertainty. Europe is going to be in real mess and its very interesting to see its diplomatic stand in case of any crisis on oil front.

With impending another round of economic meltdown, Europe’s survival as developed global entity is at stake. Russia of course is looking for its pivotal role and certainly would look for regaining the lost glory after the end of cold war.

China, the massive economy and a strong military power would look for its strategic interest and choice for China is  to create an axis – China, Russia, N. Korea and the Far East states including strategically important Srilanka, Bangla Desh, Pakistan and if possible lure away Indonesia, Malaysia to form a strong political and military challenge to the hegemonial states.

At closer look at India’s situation, with 125 crore humanity, the life became miserable for a common man. Inflation, unemployment at its peak. Health, social security services and education system is in massive mess. The government of the day has no clue to control the situation and surprisingly using unwarranted narratives and hoodwinking the masses to believe in its ability.

Its not a question of how India will survive this impact but how the global community will cope with the situation thrusted on them by politics controlled by crony capitalists and few hawks who redefined the global politics in late 80s.

One can even think of military fall out in the West Asia which can engulf the South and South East Asia which will further add hardship to the region’s social, political and economical stability.