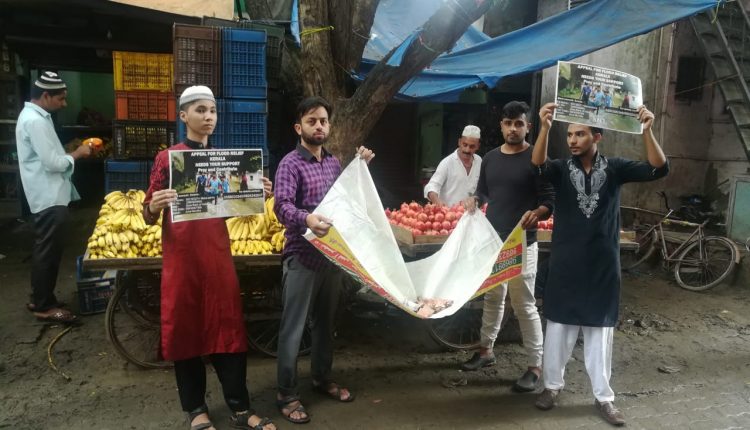 Student volunteers from SIO Maharshtra collects more than 1.5 lac rupees from Mosques after Juma Prayers In the wake of Heavy rains and floods which continue to wreak havoc in Kerala, with the death toll reaching 164, student led National organization, SIO (Students Islamic Organisation of India) is carrying out nationwide fundraising campaign.

After a survey of the affected sites the student body along with some other NGOs has identified severely affected areas and is carrying out relief work.

At present there is a huge need of food supplies, medical aid and shelter for the displaced. Based on the list of requirements, the organization is carrying nationwide fundraising campaign. SIO managed to raise more than 1 lacs Rupees from Maharashtra alone through Friday Sermon (Juma Namaz).But this number is very small in comparison to over lacs of people who have been affected by the situation. The team working in the ground requires much more support.

Khizer Shabibi, an student of Mechanical Engineering and in charge of flood relief drive in Maharashtra has raised an appeal for all countrymen to come forward and help their fellow citizens with financial aid in their time of need. He also said that In coming week, Muslims in Maharashtra will celebrate their Eid by sharing the pain of our brothers by sending massive donations to Kerala, funds will be collected at more than 100 mosques and Eid-Gahs after Eid prayers. SIO will also send the fund raised through selling Skins of sacrificed animals during Eid for flood relief work in Kerala. 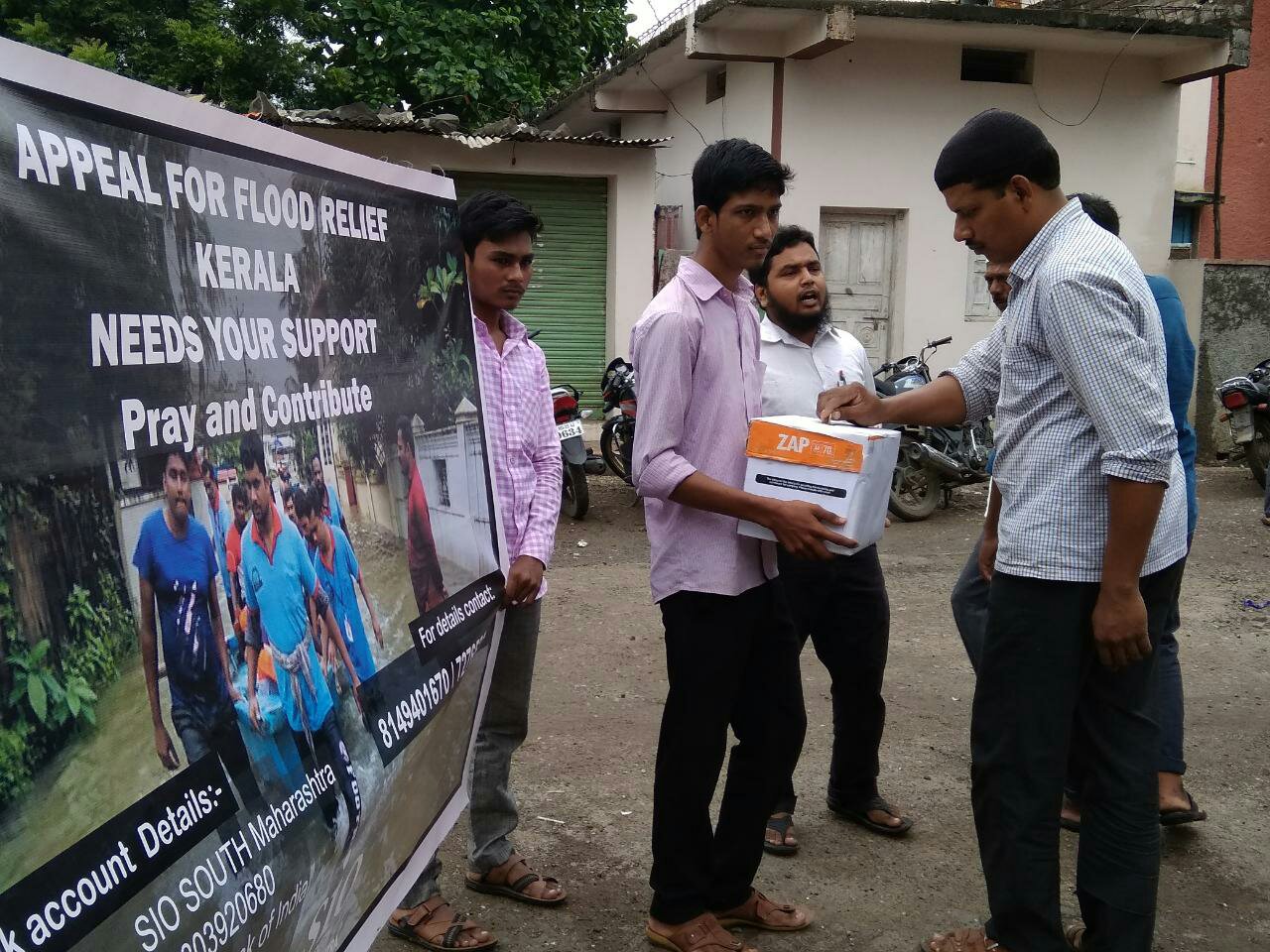 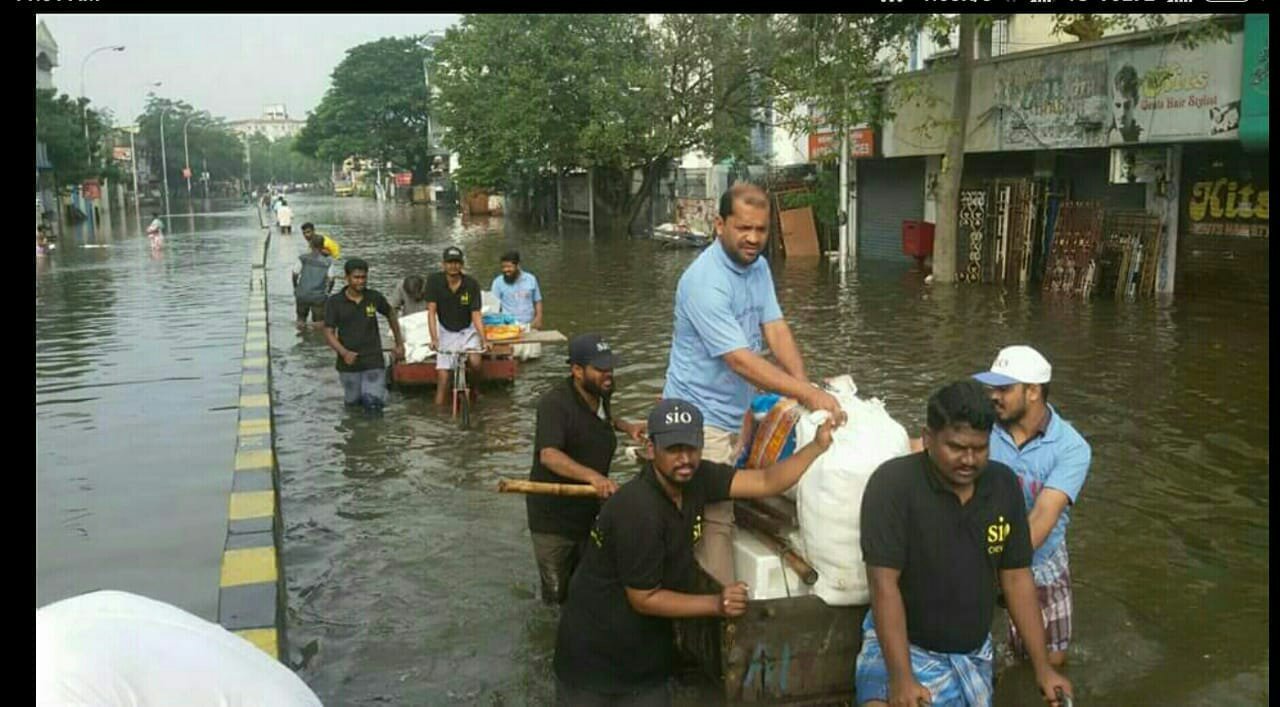