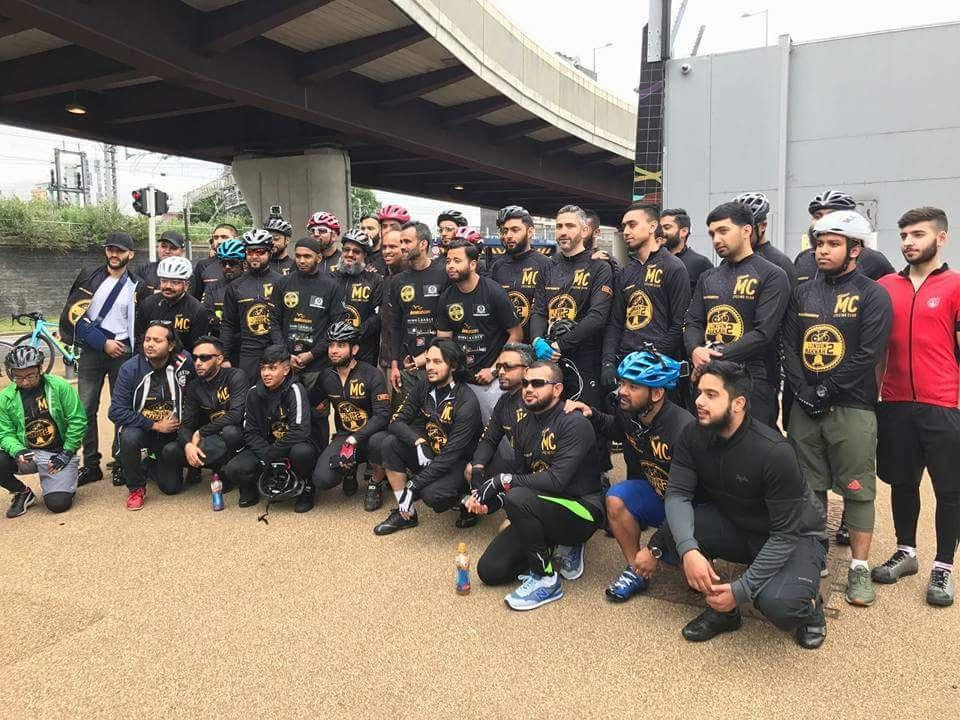 JEDDAH: In ride to Haj 2017 expedition, a British Muslim accompanying his friend started his first day of July by cycling to save the needy children globally through the cooperation of British Muslim Charity.

“We started with more than 40 riders from London Olympic stadium to Paris, but now me and my friend Abdul Hannan are left to complete the journey to Makkah,” said Rashid Ali, who is a professional biker and has to cover approximately 5,000 kilometers

To complete this distance, he targeted to cover 150 kilometers per day in a duration of 50 days, and a six-day rest respectively in their expedition to ride across 14 countries in two months to perform Haj.

In a month, both cyclists reached Bulgaria pedaling and covering almost 2,500 kilometers and aim to reach Egypt in the upcoming nine days.

“From Egypt, we will come to Jeddah and reach our destination Makkah,” Ali told Al-Bilad.

Their expedition has come along Paris, Bosnia, Montenegro, Serbia, Bulgaria, and will continue through Turkey, Egypt before reaching Saudi Arabia.

“Cycling from London to Makkah has been a challenge, because it is for raising funds to rescue vulnerable children on the streets from Bangladesh and Pakistan,” he said. “We also want to rescue children from countries that are affected by war.”

“This fund is raised via Muslim Charity. The aim is to raise a lot of money and awareness for ‘Our Children of the World’ campaign which encompasses all the vulnerable children projects around the world,” he said.

Muslim Charity is a leading international relief and development NGO that aims to alleviate the suffering of the world’s poorest people, regardless of race, religion or gender.

Haj, the annual gathering of around three million Muslims to perform the fifth pillar of Islam, will be held in September this year. Ali aims to reach his destination in Makkah between Aug. 26 and Aug. 28.

Earlier, he cycled from London to Cambridge some three years ago for a charity, and has now undertaken the biggest challenge of his life.

“To be honest, this is the most nerve-wrecking challenge and an inspirational activity that I have embarked upon. Seeing the children first hand sleeping rough on the streets of Bangladesh, and hearing the stories of trafficking and abuse, my mind is set on raising as much awareness and funds to help these innocent souls,” he said.

Ali said that it had always been his dream to perform Haj, and to realize the super power of cycling in him, he decided to combine the two.

“In this Haj expedition, we have been facing hard rain, fierce sun, dry desert and excruciating inclines, only to save the children. However, I know in the end that if I can save only one child, this whole journey would be worthwhile,” he concluded.

BJP  to encash SC verdict in election. Road for for 2019