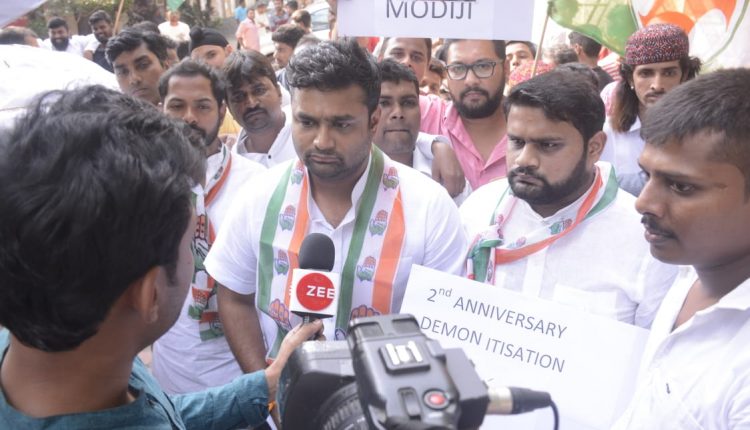 Mumbai Pradesh Youth Congress workers took out a ‘SHAV YATRA’ showing symbolically the dead condition of the Indian economy and RBI which has gotten worse because of Demonetization effects.

Ganesh Yadav (Mumbai Youth Congress President) stated ‘Demonetisation was a disaster and none of it’s objectives were met like curbing black money, tackling terrorist funding or for that matter digitisation of our economy but infact it has reverse effects like rising unemployment, falling GDP and rising inflation. Modiji has to give answers to these problems or take responsibility and resign on his disastrous economic policy’.