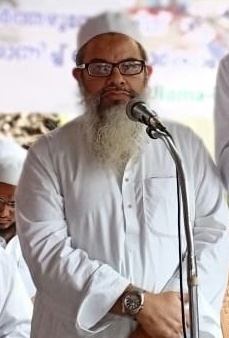 The largest Indian Muslim organization, Jamiat Ulama-i-Hind today approached the Supreme Court against the verdict of Utrakhand High Court in religious bodies ‘fatwa was banned. JUH General Secretary Maulana Mahmood Madani has filed the petition praying for Ex-parting ad-interim stay of operation of judgment passed by the court in suo-moto registered PIL bearing ‘WPPIL No.124 of 2018.

JUH through its petition filed by its counsels Shakil Ahmad Syed, Niaz Ahmad Farooqui, Uzmi Jameel Husain and Mohd. Parvez Dabas, argues that the verdict contradicts the Article 26 of the Constitution which gives rights to every section to manage its own affairs in matters of religion. Furthermore, it is contrary to the law laid down by the Supreme Court itself in Vishwa Lochan Madan case (supra) on the issuance of ‘fatwa’ by religious institutions on religious issue. Moreover, by not following the law laid down by the Apex Court, the High Court has also violated the provisions of Article 141 of the Constitution of India.

Apart from that, the Utrakhand High Court has erred in its verdict by treating the ‘firman of Panchayat’ as ‘fatwa’ only on the basis of news item appeared in the daily edition of Hindi Newspaper wherein a panchayat in a village issued ‘farman’ (Diktat) to extern the family of a victim of heinous crime. The Hon’ble High Court misconstrued the word ‘farman’ (Diktat) issued by panchayat as ‘fatwa’ (opinion of expert given on a religious matter).

The Honourable judges must have noticed that a fatwa is not given by Panchayat but it is given by only authorized and well qualified Mufti and its status is confined to mere advice or an opinion given in response to questions asked by an individual on a personal or religious matter. It is not binding on anyone.

After filing the petition, Maulana Mahmood Madani said that his side was well-defined by the Constitution of India. You can not stop anyone from seeking religious guidance about his affairs.