Gujarat is very much in the grip of Swine flue. Is this Gujarat Model ? 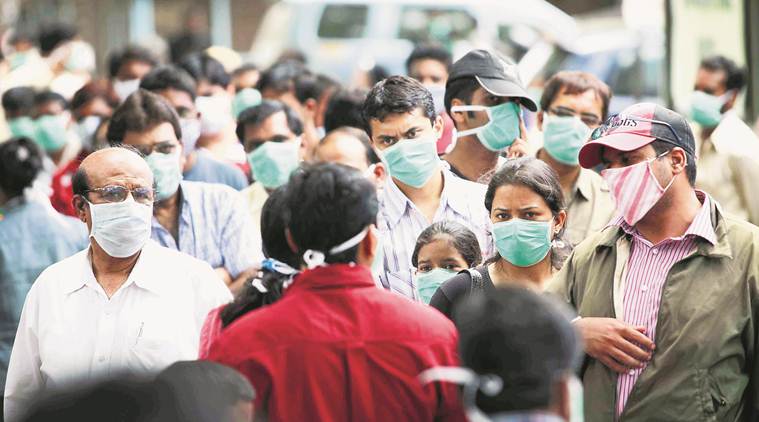 When media is firing all cylinders on UP deaths in government hospital under the  watchful eyes of CM Yogi Aditaynath, but home state of PM Modi–Gujarat is very much in the grip of Swine flue. It has claimed the lives of 33 patients in the last three days in various hospitals of state raising many questions against Gujarat medical facilities and hospital’s infrastructure.

As many as 13 people died on Sunday, 11 on Mondayand seven on Tuesday and two on Thursday, mostly in four major cities – Ahmedabad, Surat, Vadodara and Rajkot – where hospitals receive a majority of the cases. Since January, the influenza has claimed 210 lives in the state.

This season the state has witnessed a total 1,883 H1N1 cases so far. Out of this, 681 people have been have been cured, 994 are under treatment while 210 have died, according to the government’s latest health bulletin.In a statement issued here, Gujarat Health Minister Shankar Chaudhary said the administration is taking necessary steps to curb the spread of swine flu, with the help of over 5,000 doctors.As per the release, 1,883 people across the state were found to be infected with H1N1 between January 1 and August 15 this year.”While only 256 cases were reported in the first six months, the virus raised its head only after July, when 322 cases were reported. This month alone, 1,305 people were found to be infected with the virus,” the Government  presss release said.

Highly places sources in health department said, ‘Since the Gujarat Chief Minister, Vijay Rupani belongs to Rajkot and with the upcoming elections in the state, he is giving special preference to his constituency.

With festival season  round the corner, huge rush is seen at fairs and temples specifically at Dwarka and Somnath temples. In Rajkot alone eight fairs have been organized.

Abdul Hafiz Lakhani is a senior journalist at Ahmedabad. He is the Editor of Gujarat Siyasat newspaper and General Secretary of All India Milli Council- Gujarat chapter. He can be reached at abdulhafizlakhani@gmail.com